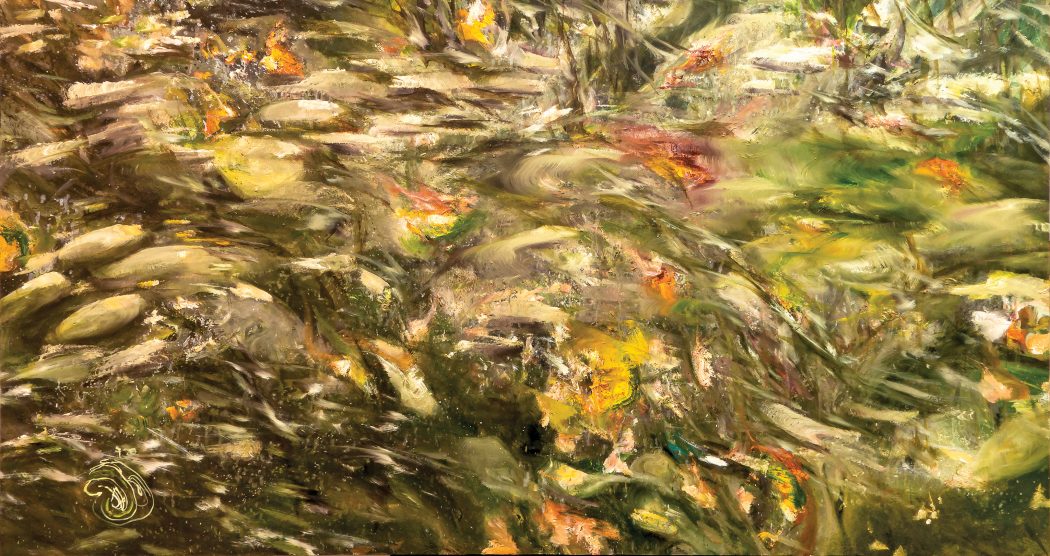 Here it is! The final artwork for Chok Kerong’s ‘Tales They Told Me’ LP.

I then went further into incorporating my ongoing obsession with asemic writing. A form of abstract calligraphy which is a wordless open semantic form of writing. It represents a type of language that is universal and lodged deep within our unconscious minds. One of the main inspirations for my art.

Like a wordless dialogue that develops between people that have shared parts of their lives together for a period of time. It is beyond words but somehow it just feels right. And when it doesn’t feel right, you will know it instantly.

With these inspirations, I came up with the idea of a ‘live’ scroll that doesn’t seem to end. Ever expanding and evolving knowledge vocabulary. An ongoing visual recording of the musical language that you share with like-minded musicians which expands your idea further.

If you look at the visual. It looks as though I am frantically trying to pen down and record as much thoughts and ideas as I can in my own written language. For fear that the moment of the arrival of the idea may be lost to time if I delay further. But at the same time it is open ended on both ends to depict the expanding and evolving vocabulary.

For the visual execution. In order to develop the best visual representation of the idea. I worked this out with Talens Indian ink and Golden acrylics, iridescent bright gold on Saunders Waterford 356gsm watercolour paper by St.Cuthberts Mill. Final size for the painting was at 660mm(H) x 1016mm(W).

It was really a pleasure working with Errol Tan on the CD and LP packaging. Will post that when I get the samples. Can’t wait too get my hands on it and share Errol Tan’s brilliance in graphic design for music albums.

A big thank you to Kerong for appreciating my work and giving me the trust to be a part of this important project of yours.

Be sure to catch the album launch and concert by Chok Kerong ‘Tales They Told Me’  on the 28th of July, Friday, 7.30pm at the Esplanade Recital Studio.